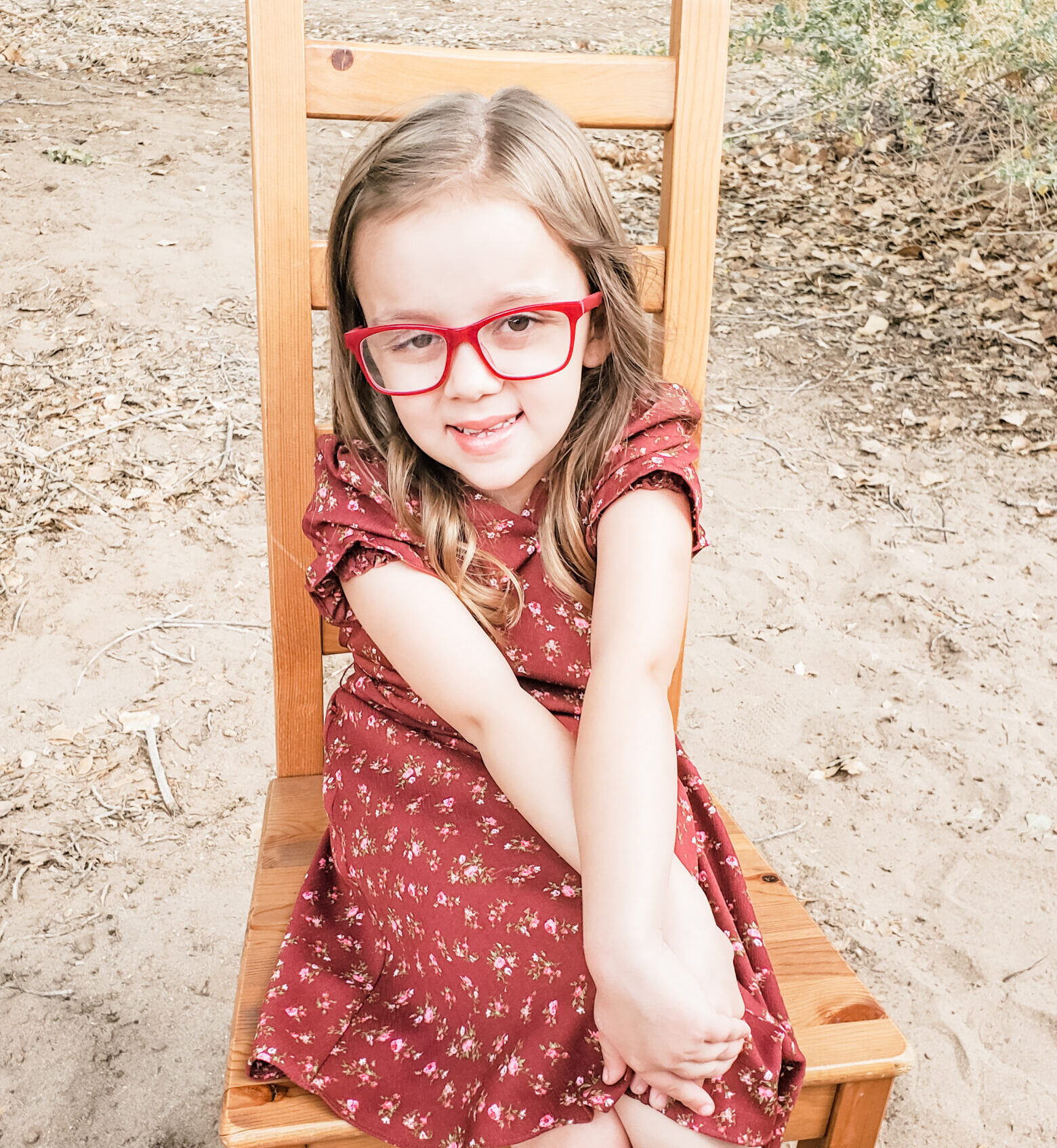 Paige was first officially diagnosed with Neurofibromatosis (NF1) when she was 3 years old. When she was born, her doctor mentioned the possibility that she might have NF1 based on the many brown spots all over her body. He told us to monitor her and be aware of any developmental delays. She had always been right on track, so we didn’t think anything of it until she was having a hard time eating and swallowing. She was referred to a Neurologist who ordered an MRI of her head and back. She wanted to take a look to see if there was anything that would be causing her trouble swallowing. The MRI results showed 4 tumors in her brain, none of which were affecting her swallowing. It turns out she just had Dysphagia and needed to train herself to swallow.

We were sent to Phoenix Children’s Neuro Oncology department where her case was presented to the tumor board. In May of 2017, Paige had a port placed so she could start her weekly Chemo treatments that would last for 52 weeks. They also determined that they would do an MRI every 3 months to monitor her. The first 10 weeks she received 2 different kinds of intense chemo drugs. These resulted in quite a bit of hair loss and made her pretty tired. The remainder of her 52-week chemo drugs were not as strong. Paige was such a trooper through all of it. She never gave the nurses a hard time when they needed to access her port. She actually would wake up on infusion days and say, “Happy Chemo Day!”. We called her Super Paigey! In October of 2018 she had her last Chemo treatment.

After 4 months off of Chemo treatments Paige had another MRI. The tumor board looked over her results and determined that there was some spinal fluid blockage. Because this was the only symptom, they wanted to hold off on any surgeries. The first time we met with the Neurosurgeon, He was in awe of how good she looked. Based on her MRI scans he expected her to be nonverbal, and not able to walk. He was completely amazed. They continued to monitor her closely.

In September of 2019 Paige started to feel the effects of the spinal fluid blockage. She was having headaches; she was tired all the time and her neck and back were hurting to the point that it affected how she was walking. In October they did a Chiari Spinal decompression surgery, and she was supposed to have a ventriculostomy to drain the fluid buildup in her brain. They were unable to drain the fluid because the tumors on her optic nerves were too swollen. They instead put a different tube/drain in her brain that slowly released the fluid buildup. It was in for about 4 days. The team of doctors were confident that this would relieve all her symptoms, but it unfortunately did not.

Paige continued to get worse. She was in pain all the time, had a hard time getting through a day at school. She would often spend half of the day in the nurse’s office but was determined to stay at school because she didn’t want to miss anything! She was starting to walk differently because of her severe back pain. She walked hunched over like a little old woman. She would get random sharp pains in her side and the only way to relieve the pain was to lay down. In December she had her check up with her neuro oncologist and he was concerned, so they did an MRI. The MRI revealed a swollen syrinx that caused spinal fluid buildup. This was the cause of all of her pain. They determined that surgery to place a shunt in her spine would be the best solution. They were unsuccessful, so they placed another shunt a bit higher. It was a long hard surgery, but they felt this was the best thing for her. They were sure this would relieve all of her symptoms. But again, it did not.

In mid-January of 2020, Paige started to hurt again. This time her balance was worse, her back pain was awful, to the point where she spent the next month in a wheelchair. The tumor board spent weeks trying to figure out what to do next. The last 2 surgeries should have fixed the problem and they did not. They ultimately decided to place a VP shunt in her brain. It is a permanent programmable valve that drains the spinal fluid from her brain to her abdomen. In mid-February she had her VP shunt surgery, and it worked!! Within a 5-month period Paige suffered through intense brain surgeries and a lot of pain. Through it all she stayed positive and happy. She is definitely an example to all of us. She is the first one to find joy in any situation.

Paige will continue to have MRI scans every 3 months, but we are grateful for the last year that she has felt good and been able to be a “normal” kid. We will take what we can get for as long as it will last. There is no way of knowing what the future looks like for her, so we live day by day, grateful for the life she is able to live, because it could be so much worse.