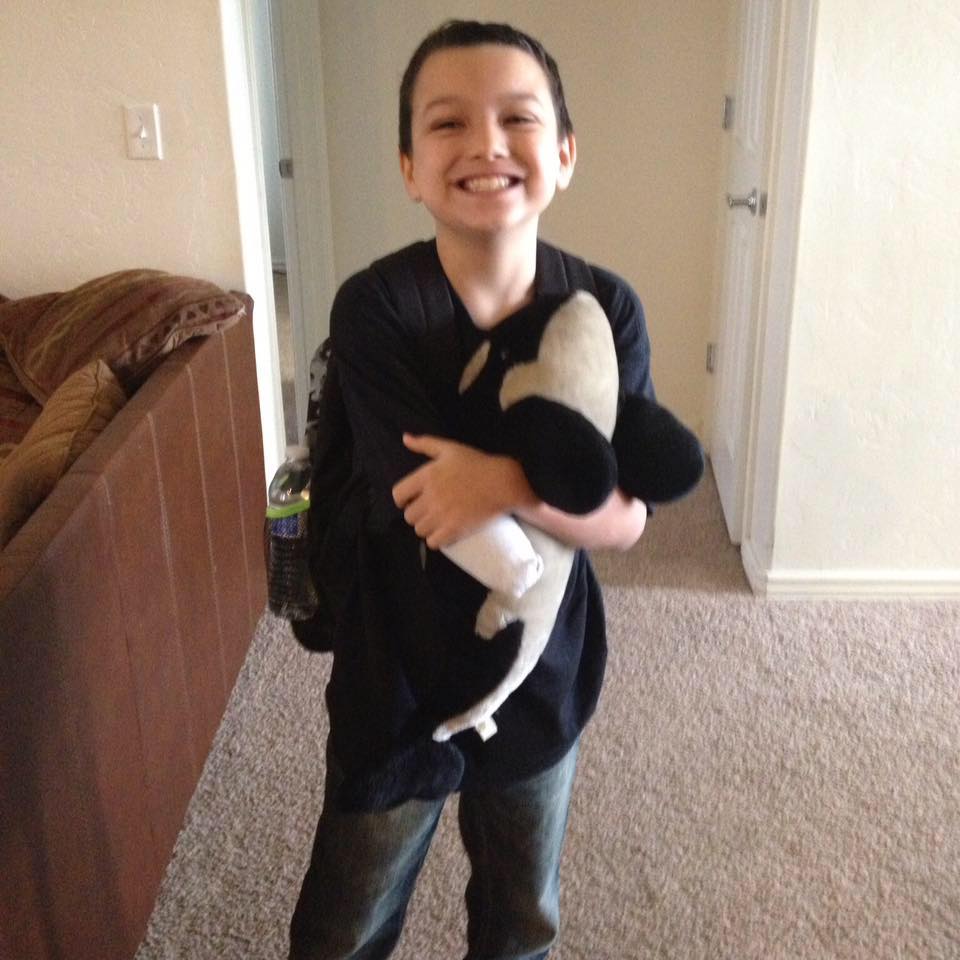 Nathaniel Hayden Joseph Peña was born on March 17, 2004. Nathaniel was the best little boy. He was so incredibly handsome, smart and witty. He loved video games, his dog and his iPad. Our worlds were turned upside down on August 9, 2011, the day before Nathaniel was supposed to start the 2nd grade.

Nathaniel had a bump on his right wrist, so we took him to the ER to have it looked at. That was the first time we heard the word cancer. They informed us that what they were seeing in the x-ray resembled Ewing’s Sarcoma. A couple weeks later the staff at Phoenix Children’s Hospital confirmed that it was Osteosarcoma. Nathaniel was only 7 years old.

In November of that same year he had his right hand amputated. The strength of my 7 year old blew me away. The day the surgeon informed us that they wouldn’t be able to save his hand, I dreaded that conversation with my little boy. How do you tell your child that he has to have a limb cut off due to something that he had no control over? That was not news I could break by myself. I called his oncologist and asked if he would help me tell Nathaniel. We broke the news and the Dr. stepped out to give us a moment to ourselves. Nathaniel wasn’t talking or crying. He was silently rubbing his little arm. I asked if he was ok and continued to explain that this is the best chance they had at stopping the cancer from spreading. He shed one or two tears and said ok, he understood. He never mentioned it again.

The strength that God always provided him was indescribable. Nathaniel went through surgery like a champ. The hardest part was watching Nathaniel watch other kids on YouTube play video games. He missed video games so much. Nathaniel hated the one-handed controller we got him, he refused to use it.

One day, I brought up going to get him his prosthetic arm. Nathaniel was ecstatic, until he saw that the fingers do not move like his real hand. That was such a hard day. We were in Tempe Arizona at the time so I pulled out my phone and started searching for a place in Arizona that could customize a video game controller for him. One he would like to use. I found a place nearby called Evil Controllers. We stopped by to see if they could customize something special for him. The employees that worked there were so nice. They gave him a beanie and bag and told him not to sweat it. That together, they would make something for him. He left that day a changed little boy. All he talked about the entire drive home was how nice they were. Later that same night, Nathaniel picked up his video game controller and taught himself how to play on a normal controller. We never had to order a custom one. All he needed was for someone (other than his family) to tell him they would help and that it would all be ok.

Nathaniel finished Chemo in July 2012, but the cancer returned to his lungs in January 2013. On July 3, 2013, while visit California Nathaniel had a seizure. This time the cancer was in his brain. It continued to spread from that moment on.

In October 2013, the Gila Valley Community raised money to send my baby to Orca Islands to see his favorite animal in the entire world and to visit Bungie a gaming studio where he got to play the game Destiny prior to it’s release. On December 24, 2013, Nathaniel went home to be with Jesus, where I have no doubt he is happy and whole.

Despite the circumstances, God blessed us during Nathaniel’s journey. We learned what was important in life and despite the circumstances God has our best interest at heart. During the time I had to stay home and take care of my son so I was not able to work for a majority of this cancer journey. I had no idea where I was going to get money to pay our bills.

However, every time I needed something God came through. Whether it was the Hatch family calling and providing us with enough money to make our house payment, Nathaniel’s SSI being approved in record time, family, or fundraisers hosted by our little community, God always provided through others. Nathaniel’s cancer journey was hard, but it is apparent we did not take that journey alone. 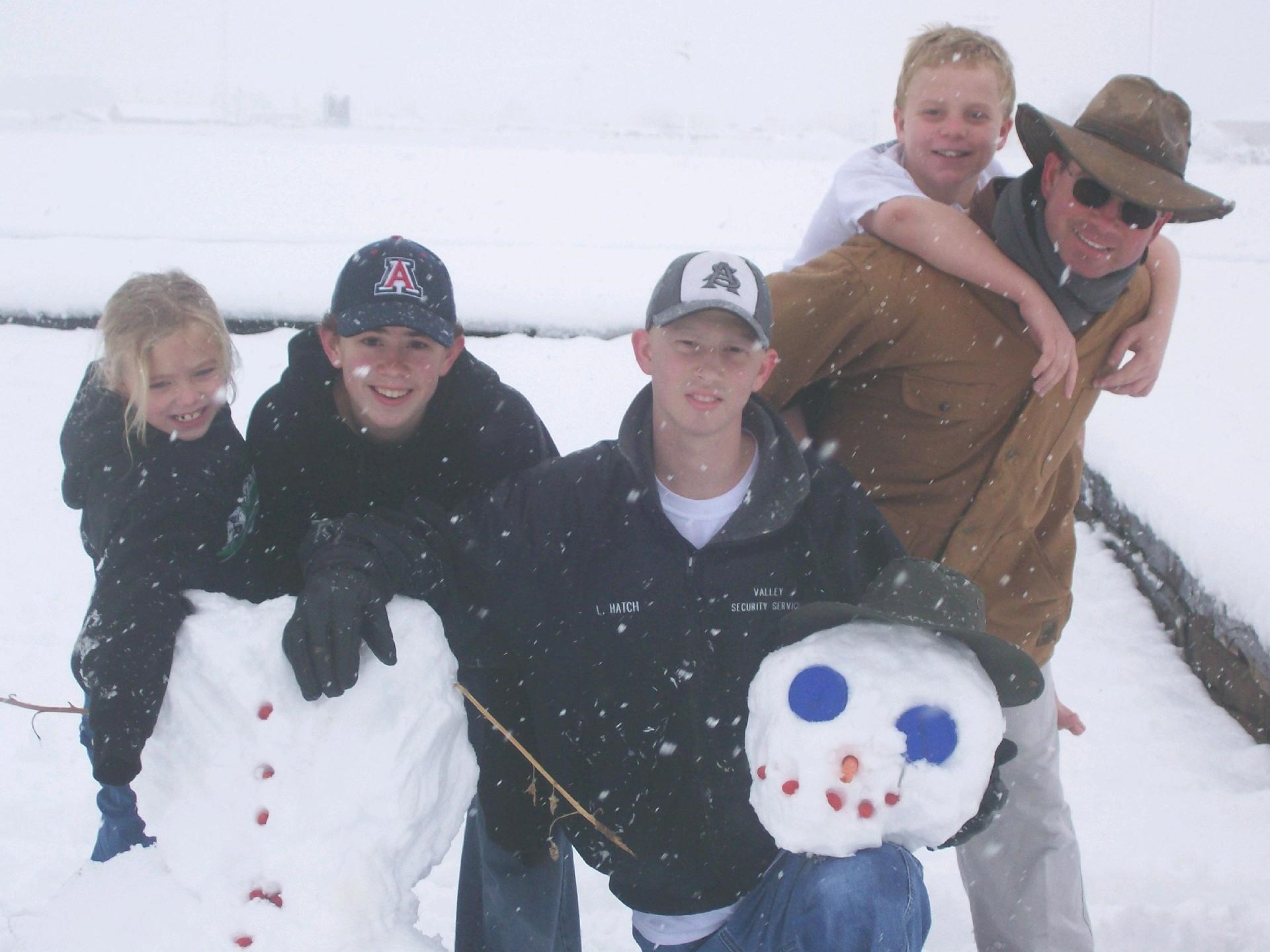